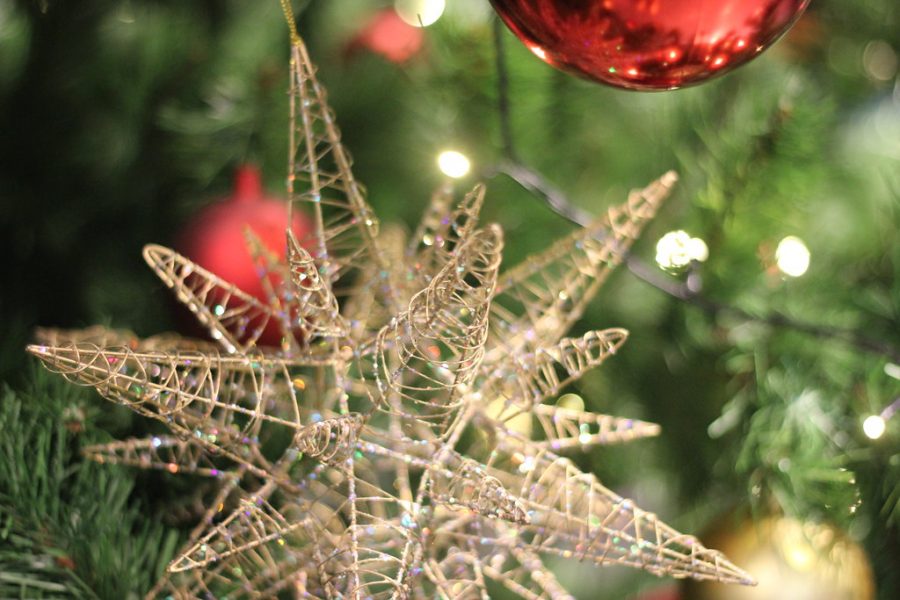 As we come closer to the end of the holiday season, with Hannukah ending this past week and Christmas coming in just a few days, I have taken this holiday season to compile a list of the top 10 best holiday songs to date. With the songs ranging from old school classics to some modern takes on the holiday season, there is surely a song on this list that everyone will love.

Starting off our list a number 10 on our list is Sleigh Ride by 1940’s singer Leroy Anderson. First released May 4 1948, this song has withstood the test of time, and although not originally released during the Christmas season, it has earned its title as a Christmas classic. This song perfectly captures the fun that comes along with the winter season and personally makes me excited to see some snow.

The Folk song originally released by the band known as Fleet Foxes is not one that would likely be considered a holiday song on its own; however, the wintery twist the acapella group, Pentatonix, put on their cover of the song helped give it that holiday feeling. This song makes me want to put on a pair of snow boots and hike on the mountainside with some friends. Although it doesn’t provide the same feeling of “holiday magic” this song does prepare you for the season of winter as a whole.

Love is Everything – Ariana Grande

For those who prefer more modern holiday songs rather than the old classics, this is the perfect feel-good holiday song for anyone to enjoy. I would say this song perfectly captures the true meaning behind the holiday season; joy, love, and generosity. Especially during these tough times, this song serves as the perfect pick me up to remind everyone of the joy surrounding the holidays. This upbeat and fun song is sure to put anyone back in the holiday spirit if they have been lacking it this season.

“Rockin around the Christmas Tree” is another song that has withstood the test of time, first being released in 1958. It has certainly earned its title as a Christmas classic. This song is certainly one that everyone knows. It is played in every store, has been featured in every Holiday movie, and it is almost impossible to avoid this time of year. However, despite hearing this song countless times every year, I have yet to get tired of it. It never fails to put me in the Christmas spirit and it sure does the same for many others

This classic Hanukkah song, whether you celebrate it or not, is one that everyone is sure to recognize. “Hanukkah O Hanukkah” is an English version of the Yiddish folk song “Oy Chanukah” that showcases the many traditions when celebrating this joyous holiday. This is certainly a song for  people of all ages; the lyrics are comprehensible for children and the melody is upbeat enough for adults to dance and enjoy,

Starting off our top 5 is another modern-day holiday song. This upbeat Christmas love song by pop singer Kelly Clarkson is sure to put anyone in the holiday spirit. If you have a significant other, you may be able to relate to the lyrics about wanting to spend the holiday with the one you love most; however, if you’re single this holiday season, you can still enjoy the upbeat instrumentals (and the jazzy saxophone solo). This song, whether you take it romantically or not, is the perfect reminder to spend the holiday surrounded by the people you love, if you are able to, of course.

“Last Christmas” sung by 1980s group Wham, is definitely worthy of its title as a holiday classic. Although it is not as old as the other classics on this list, you could still say it withstood the test of time. With countless covers of this song released every year by new artists, it still feels as if this song is brand new; however, nothing can really compare to the original. Although lyrically, it is quite sorrowful, the nostalgic 80s instrumentals make up for it.

When people  think of holiday songs by Justin Beiber, most would most likely think of his other very successful single from the same album titled “Mistletoe.” However, I  believe that this song is much better. “Fa La La” is another Christmas love song with a similar concept to songs previously on this list; however, I believe the R&B feel of this song is what sets it apart. Justin Beiber and Boys II Men, vocally, come together perfectly in this song, their harmonies as a group throughout making this song what it is.

Carol of the Bells – Mykola Leontovych

This song is not only the oldest song on this list, first being composed in 1914, it is also the only legitimate Christmas carol. No matter how this song is being performed, whether it’s by piano or song vocally in a choir, this song never fails to give me chills. The different harmonies, and the overlapping of lines when sung in a group, and the melodic build-up throughout, “Carol of the Bells” is truly a musical masterpiece that I cannot go a holiday season without listening to.

All I Want For Christmas Is You – Mariah Carey

There is no surprise that this song would claim the top spot on this list. Although it was only released 26 years ago, this Christmas song by  Mariah Carey is already considered a holiday classic. You know the holiday season is upon us when this song begins creeping its way up the charts once again. As a matter of fact, this is one of the only songs by the artist that has consistently been in the top 100 charts since its original release in 1994. This song is practically everywhere; playing in stores, the radio, featured in countless movies, not to mention the many covers that exist. This song is truly a staple, and you can’t go through a holiday season without listening to it at least once.