A strong start for DHS Robotics! 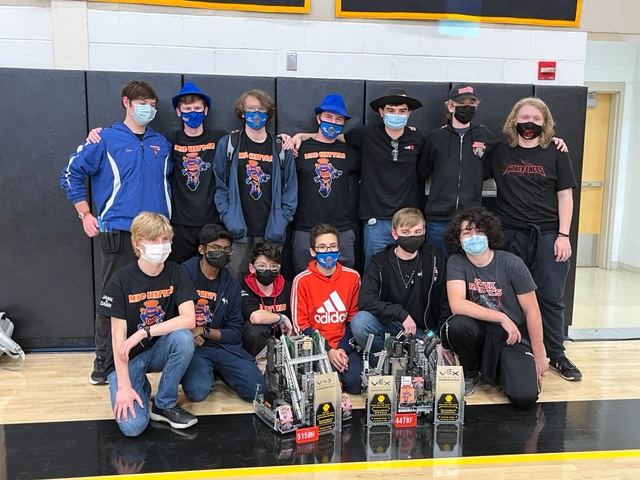 Danbury High School’s Robotics Team competes among other schools in the Southern New England region in what is known as the “Vex Robotics Competition.” The Vex Robotics Competition is comprised of different levels of tournaments, which include qualifying competitions, regional competitions, and the world competition, which is held in Texas. Each team constructs a bot which is then sent to play the game, “Tipping Point,” in hopes of reaching their ultimate goal of making it to the world competition in Texas. The game is played throughout the entire season, which lasts from September to March, and teams are allowed to change their bot as needed.

Danbury 5150 H member, Aahil Nishad, noted that these robotics competitions are “something we are all really passionate about and it’s always fun to see how it turns out.”

To be a part of something like Robotics, DHS students dedicate a lot of time and energy as they meet after school on Mondays and Thursdays from 2-5 p.m., except for the nights before a competition, in which students stay after from 2-10:30 p.m. Students are back at DHS on Saturday morning at 5:30 a.m. to take buses to competitions. Their dedication has not gone unnoticed as robotics team advisor, Eric Savoyski, stated: “After last year’s non-season, we lost 3 quarters of our team due to graduation and now we’re down to 13 veterans from the 2019-2020 season. They have absolutely risen to the occasion in showing our new members that we are serious about these competitions, we come to play and we come prepared. I’m proud of all our new team members because pretty much we have picked up where we left off after a year lost due to covid but now, we’re going in the direction we need to go.”

DHS’ Robotics team has proven to lead on to a good start to the new school year or as Savoyski puts it, “Team 5150 is back in action!”