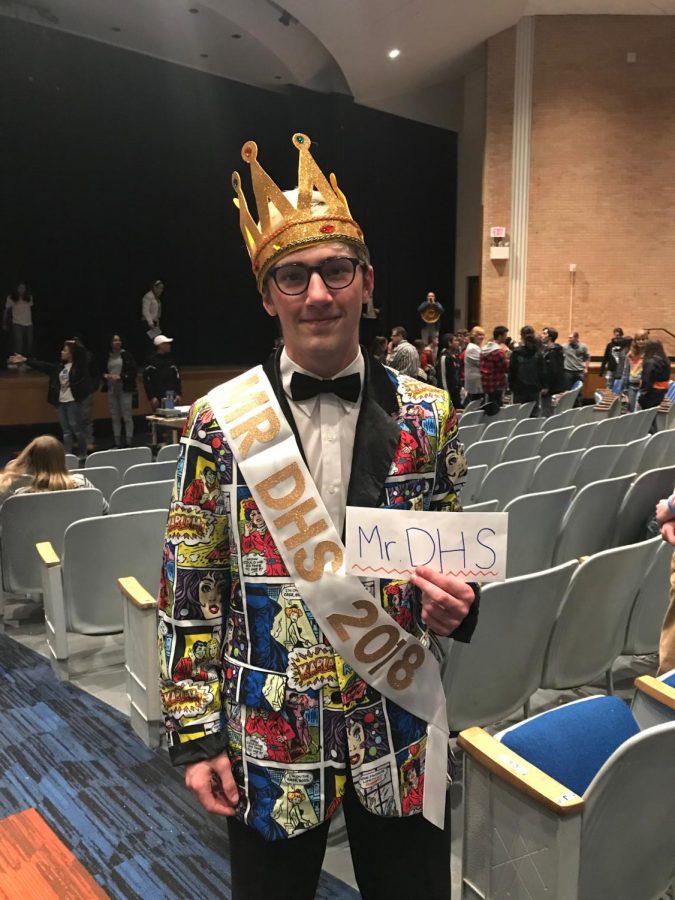 This year’s male pageant Mr. DHS 2018 featured renditions of  Drake’s Marvin’s Room, magic tricks, and an anime tribute but nothing could top senior Nicolas Savo in the judge’s eyes.

The varsity wrestler gained inspiration from his older brother who had once competed in the pageant in its beginning stages. “When my brother was a senior it was one of the first years of Mr. DHS. He would always tell me stories and I grew up knowing that it was fun,” Savo revealed.

Sponsored by international children’s charity Smile Train, the event raised over $1,500. Savo explained how “knowing that it was for a good cause and knowing that it wasn’t to be taken too serious made it a better environment.” The proceeds will contribute to cleft repair surgery and cleft care to children in more than 85 developing countries.

The National Honor Society continued the tradition of producing the event. Seniors Nina Cruciani, Raquel Eriquez, Julia Hyatt, and Hannah Pucci coordinated the charity event. Naomi Thomas lead the choreography and Iman Farah was the host of the show.

All National Honor Society members were in attendance including senior Natalia Valente who congratulated Savo, “you could tell that Nic thought about his costume and talent. They were both moments in pop culture that automatically engaged the audience right away,” she says.

Close contenders for the crown that night included fan favorite Stephen Fanning, first runner-up Andrei Durante and second runner-up Lawrens Buissereth. The three showcased their personas; moreover, Durante performing alongside projected anime visuals, Fanning cooking with no hands, and Buissereth creating an original track while being timed in the form of a musical masterclass.

“I honestly didn’t expect to make it in the top 3. Hearing that Andrei took second, I thought well who took first,” Savo discloses while chuckling, “I just wanted to have a good time and give people a good friday night.”